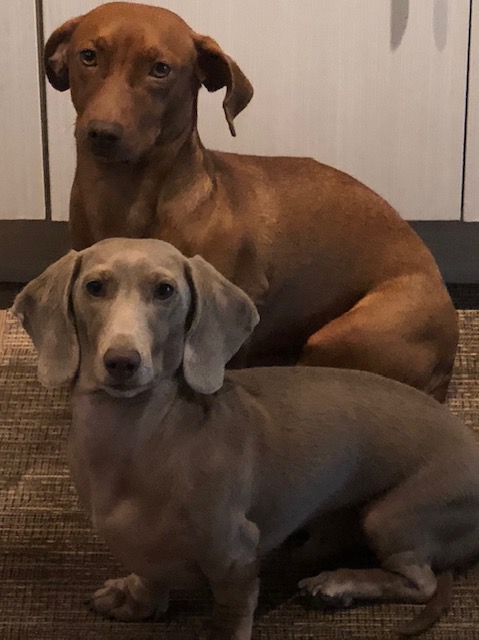 Pet health and nutrition is always at the top of our list of concerns. As if the holidays aren’t busy enough, Frankie’s auto immune system decided to wreck havoc on his poor little body. It started when I noticed him chewing on a paw and noticed that he had an open wound. I called his vet and sent a photo over to decide how urgent it was. They said to bring him in. When there, his Dr. noticed that all four paw pads were on the dry side. This was Wednesday and he was already scheduled for an ultra sound on Friday for some GI trouble that he has been experiencing. When he was there on Friday, the Dr. noticed that his paw pads had begun to blister. By Sunday, he wouldn’t walk or stand due to the pain. I got him in on Monday evening and Dr. Moore sensed the urgency that was screaming at me and we decided to get him an appointment the next day with a Dermatologist. Of course here in Seattle, all the specialists are a drive on I-5 away (which means heavy traffic!) and takes 40 minutes to go 10 miles. Even allowing for the delays, I pulled into the parking lot exactly in time for his appointment. We also noticed that he had started to blister on the inside of his ear flaps. I knew he was in a lot of pain and was praying for answers and relief. This was too much to hope for as I was told it would be the next day before they would be able to schedule him for biopsies. So, the next morning we were up at 5 am to get him there by his 7 am appointment. as she carried him away, I felt the need to hold back tears. A few hours later the Dr. called me to say that the procedure had gone very well and that he was awake and alert. She had a short list of suspected Auto Immune diseases that might be affecting him and that it would take a week or so to get the results back on the biopsies. At least now we could start treating him with steroids. He took his first pill on Thanksgiving morning and that evening, while preparing Thanksgiving dinner, I looked down and there he was, walking and looking for scraps! We are only in the early stages of addressing this issue and there is still his appointment with the Internist next Tuesday, but we take it a day at a time. Frankie is only four and a half and I never thought that We would spend so much time with health issues so early in his life. Thankfully, I knew after living with my first Dachshund that had Cushings, pet insurance was a must for all new dogs. His ultra sound was $695.00 and the biopsies were $1471.00. I am told to expect about $1800.00 for the internist. The insurance that I have is Trupanion, a Seattle based company. After a small deductible, they cover 90%! It runs me $130.00 a month for both of my dogs and I am so thankful every time I get my final bill at the Vet. So, in summary, I think this post touches on several of my earlier themes. The fact that pets will be expensive. they will cause us stress and bring about a tear or two and, going into pet ownership with your eyes open and plan for whatever life brings your way! When you have a moment, tell us of a time that you have had to cope with a sudden pet health issue.